Helping the client and the Family: (A look at the 3 family roles)

The unhealthy family roles include:

One person might use but the whole family suffers.

You may wonder why not all rehabilitation centres Cape Town include the family in the treatment process. There are some possible reasons for this:

1. Some rehabilitation centres Cape Town find it too costly to include a family program

2. Other rehabilitation centres Cape Town do not include the family as some family members may also be using

3. Rehabilitation centres Cape Town may also believe that the family is dysfunctional and therefore difficult to engage in the treatment process

Unlike other rehabilitation centres Cape Town, we believe that it is necessary to include the family in the treatment process. The main reason for this is that as the family, you may unknowingly be engaging in certain behaviors that allow the person using to continue with their behavior.

The unspoken Family Rules are usually:

• Have you found that you cannot approach the topic of your loved one using drugs and / or alcohol?

• Are you too afraid to confront them about their problem?

• Do you find that you have to ‘tip toe’ around them and at all costs try to keep the peace?

• Are you unable to trust what they say and do?

• Is it difficult to talk about how you feel or to show your feelings?

This is what usually starts to happen in the family when someone is using drugs and / or alcohol. 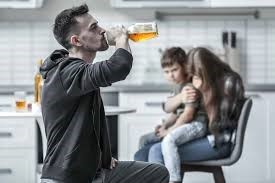 As the best rehabilitation Centres in Cape Town, we can definitely help you!

Let’s take a few moments to look at what happened when Candice’ parents just couldn’t take her drug and alcohol use problem anymore. Joanne, (Candice’s mother) knew that Candice was using methamphetamine, smoking cannabis, and consuming copious amounts of alcohol. Harry, (Candice’s father) believed that this was just ‘phase’ and that it would pass.

Candice however, now aged 22 years old, started stealing money from Joanne’s purse, while Harry started to notice that tools and small equipment were disappearing from his garage. She would argue with Joanne and blame her for always being on ‘her case’. Harry on the other hand would avoid arguments and would more often than not give Candice money when she asked him.

This would infuriate Joanne, as she knew that the money was being spent on drugs and alcohol. She and Harry would argue about this, but he kept on believing that Candice was just going through a ‘phase’. Things escalated to the point where Candice assaulted Joanne one night after yet another argument.

Joanne couldn’t take it anymore and started to research rehabilitation centres in Cape Town in an attempt to find help for Candice and for the family. She discovered that not all centres in Cape Town assisted the family and was grateful when she found out that at Rustenburg Addiction Care, the whole family would be involved in Candice’s treatment. She contacted us for a free assessment during which time one of our clinical team members explained to her how to go about a family intervention.

Joanne was advised that she and Harry needed to agree on the following steps:

1. To write down a few points on how Candice’s drug and alcohol use is affecting them

2. Together they needed to decide on a time to have a discussion with Candice

3. They also needed to be clear about what boundaries they would put in place in the event that Candice did not agree to get help. This included that they would no longer financially support her and that she would not live in their home while using drugs and alcohol.

Candice agreed that she needed help and so their journey of treatment began.
As a rehabilitation centre in Cape Town, Rustenburg Addiction Care includes the family in the treatment process in the following ways:

Some rehabilitation centres in Cape Town will include discussions and lectures on how the family and person using drugs and / or alcohol can get caught in an unhealthy drama triangle.

Let’s take a brief look at the unhealthy family roles: (The drama triangle)

1. The Victim: The person who is using drugs and / or alcohol usually believes that they are the victim. Their stance is ‘It’s not my fault’ The victim may feel:

The victim will try to (at times unknowingly) manipulate the rescuer to take their side in believing that the persecutor is to blame for everything.

2. The Rescuer: The rescuer’s stance is ‘Let me help you.’ They often engage in enabling and caretaking behaviour that is disguised as helping. As an enabler, the rescuer feels guilty when they can’t ‘help’ the victim. Their rescuing behaviours have consequences: It keeps the victim locked in the cycle of addiction. The rewards derived from the rescue role is that the focus is taken off of the rescuer. When they focus their energy on someone else, it allows them to ignore their own anxiety and issues.

3. The Persecutor: (a.k.a. Villain) The persecutor insists, ‘It’s all your fault.’ The persecutor can usually be described as:
– Controlling
– Blaming
– Critical
– Authoritarian
– Rigid
– Punishing

The persecutor is often at logger heads with the rescuer and this dynamic allows the victim to continue with their behaviour. 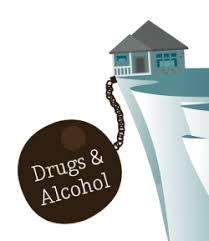 Initially, a drama triangle arises when a person takes on the role of a victim or persecutor. This person then enlists other ‘players’ into the conflict (Unintentionally). As often happens, a rescuer is encouraged to enter the situation. These enlisted ‘players’ take on roles of their own that are not static, and therefore various scenarios can occur. For example, the victim might turn against the rescuer, the rescuer then switches to becoming persecutory.

The motivations for each participant and the reason the situation endures is that each person gets their unspoken (and frequently unconscious) psychological needs met in a manner that they feel justified, without having to acknowledge the broader dysfunction or harm done in the situation as a whole. As such, each participant is acting upon their own needs, rather than acting in a genuinely responsible or altruistic manner.

In some cases, the relationship between the victim and the rescuer can be one of co-dependency. The rescuer keeps the victim dependent on them by encouraging their victim hood. All their focus is on helping, enabling and care taking of the victim, to the point of neglecting themselves. Meanwhile the victim gets their needs met by having the rescuer take care of them.

Below is an illustration of the various roles in the drama triangle: 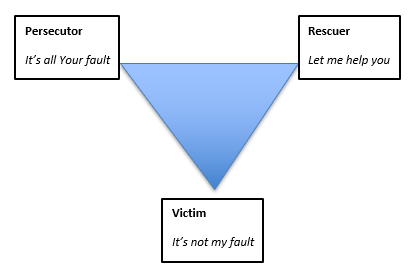 Can you identify the various roles adopted by Candice, Joanne and Harry?

It was important for Candice, Joanne and Harry to understand how they each had a role to play in maintaining their drama triangle.

So what needed to change?

As a rehabilitation centre, we were able to help Candice understand that she has an illness that not only affects her but also her family. A turning point for her was when she received the letters of collateral from her parents and processed these with her counsellor. She had no idea of just how much they were also suffering. Joanne and Harry had to realize that they needed to be on the same page in terms of helping Candice.

Joanne and Harry needed to learn about the 3 C’s: 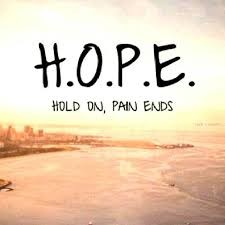 From victim role to being vulnerable and responsible:

Candice had to learn to take responsibility for her own actions. She had to shift from seeing herself as a ‘victim’ to being ‘responsible’. She had to learn to problem solve for herself with the help of others, but that she couldn’t rely on others to do things for her that she could do herself. It was also important for Candice to learn how to communicate with Joanne and Harry and to express her needs in a healthy way. Candice had to start to set boundaries for herself and communicate these with her parents.

From rescuer role to caring role:

Harry had to learn to listen to Candice and Joanne and not to avoid dealing with the ‘problem’. A significant shift for him was to recognize that he cannot give Candice what she wants but had to rather focus on helping her with what she needs. He had to learn about setting healthy boundaries, communicating these and then maintaining the boundaries. He also had to work on not doing things for Candice that she could and needed to do for herself. Harry had to work on strengthening his relationship with Joanne so that they could become a united front in terms of assisting Candice on her road to recovery.

From persecutor role to becoming assertive:

Joanne was able to recognize that arguing with Candice wasn’t effective and that it usually resulted in further escalation of the situation. She communicated with Harry about how unsupported and undermined she felt at times. She agreed to work with Harry on becoming a united front in dealing with Candice’s behaviour. She too was able to identify healthy boundaries for herself that she would be working on.

The journey from addiction to recovery is not necessarily plain sailing for the family as the ‘addict’ would in all likelihood try to test the boundaries and limits. That is why as a rehabilitation centre in Cape Town, Rustenburg Addiction Care encourages family members to find additional support. Some families benefit from attending our family program and additional community support groups such as Al Anon, Nar Anon, and Co- Dependents Anonymous.

We strongly encourage you to choose a rehabilitation center in Cape Town that will include you in the treatment process and help you find and receive the support that you need.

Please click on the links below to find out more about community-based support groups, and where there is a meeting located close to you.